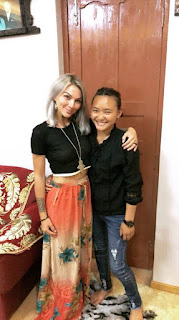 I have been meaning to write about this for a while, but I’ve been so distracted with my work since returning from Nepal.
We all know it feels good to give, particularly to those less fortunate than us. However, when donating to charity sometimes you are left wondering where the money has gone, to whom, and what for. This is why I am so happy we were introduced to My Small Help – a small but beautifully formed charity run with love and total transparency. We were lucky enough to meet and spend time with the team, as well as a number of the children they help. The love we felt in our hearts was truly incomparable, and I’m so pleased we were able to experience something so special. We have made friends for life in Nepal.
Alisha is the second daughter of two, to mother Chitra – life had been tough for them from a very early age. Mother Chitra was born into a large family of 5 children, 3 boys, her and a twin sister. Both sisters were discriminated for being girl children from a young age, and at the age of 20 they were both forcefully married to brothers of the same family. Both treated terribly by their husbands.
Chitra fell pregnant at the age of 21 to her first daughter - Anjali – and giving birth to a girl only created more upset for her from her family. When Chitra was 6 months pregnant with her second child, her husband moved away to Kathmandu city to work. She heard nothing from him for 3 years, and after birthing a second girl – Alisha -, causing further upset with her in-laws, living conditions proved to be unbearable, so Chitra decided to head to Kathmandu in search of her husband. Sadly, she found that her husband was living with, and married to another woman.
Heart-broken and uncertain, she travelled back to her in-laws home, but frustrated with life, Chitra went to the forest to take her own life, but was stopped by the thought of leaving her daughters. Shortly after, she was thrown out of her home by her in-laws so decided to head to Kathmandu to try to make a living to support her and her daughters. With the help of her sister, Chitra learned to weave carpets. A long day of weaving only gave her enough money to feed her and her children twice a day, while living in very poor environments. She wanted more than anything to give her children a proper education so they had a chance in life... and eventually help from the universe was delivered in the form of My Small Help, who have supported the family ever since their first meeting in 2007. The elder daughter, Anjali, completed her Secondary Education Exam and is now in her fourth year of a bachelors degree, studying Business. Her younger daughter has recently finished her grade 10 (Secondary Education Exam) and wants to become a fashion designer.
This is where we come in! 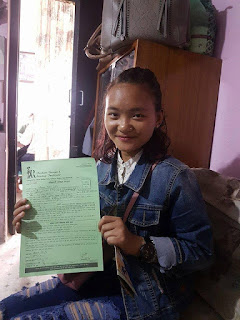 We were back and forth with where to send/spend money before we arrived in Nepal, and even while we were there! We decided we wanted to focus on helping and empowering young women, who don’t have as many options as men in Nepal (and are often married off young). They are all so driven to do something significant with their lives, but may not get that opportunity due to their financial situation. We decided we wanted to facilitate something life-changing for someone (and hopefully more), and create something sustainable for them, rather than simply providing.
During our time in Kathmandu we happened upon a beautiful hidden gem of women’s clothing and fabrics, one which Kimm had frequented often during her stay in Kathmandu last year – and of course we were in there for hours, pulling every fabric out, trying things on and generally making a mess! I have always wanted to create a fashion brand since I was little, but have been back and forth with styles as I have grown, but this past few years I have settled upon boho/hippie styles – created ethically, wherever possible. I had bags filled with hand-made items we designed, and that’s when it occurred to us, to see if anyone at My Small Help could make clothing.
As it so magically happened, Alisha had just recently completed her schooling, and spoken about her dream of become a fashion designer/making clothing. Our mission was clear. 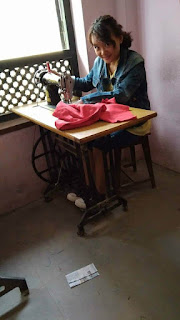 We have paid for Alisha to go to college to learn how to make clothes and become a fashion designer. We have bought her a sewing machine and plenty of materials to practice on. After completing her courses, not only will she have a skill that will create an income for her for life, as well as independence, but we will also be giving her work to create items for ookushana - as well as helping her create her own designs - hopefully making her dream a reality.
We receive detailed monthly updates and pictures to let us know how she is getting on, which is so incredibly heart-warming to read. She is so happy with her course so far, and ready to start creating! We cannot wait to work with you Alisha

❤
I cannot recommend MySmallHelp enough if you are looking to give back, and like us – you can be as involved (or uninvolved) as you like, and choose exactly where your money is spent.
Thank you to all of you who donated to our Just Giving page - this is just the beginning!
I will keep you updated with Alisha’s progress.
Love to all, and we thank you for all your support 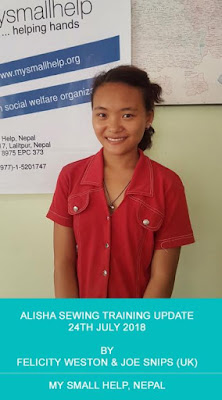 Posted by Raju at 2:10 AM No comments:
Email ThisBlogThis!Share to TwitterShare to FacebookShare to Pinterest 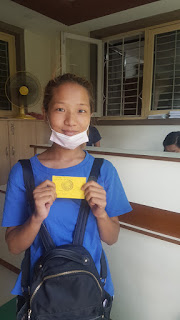 Sarmila has just completed her Higher Secondary Level in Management (+2) and now she is joining German Language Course at Goethe Zentrum Kathmandu for her further study in Germany supported by her German sister. Sarmila has been with us since 2007 and we wish all the best for further days ahead. 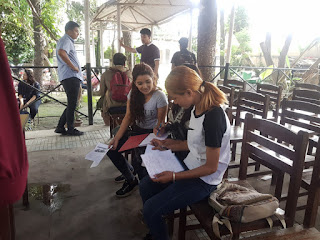 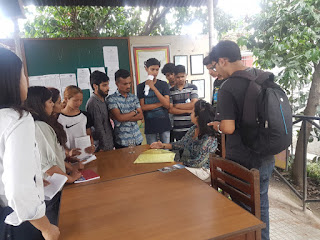 Posted by Raju at 2:05 AM No comments:
Email ThisBlogThis!Share to TwitterShare to FacebookShare to Pinterest
Newer Posts Older Posts Home
Subscribe to: Posts (Atom)