Tam doing a car boot sale to raise money for Mysmallhelp
Posted by Mysmallhelp at 12:41 AM No comments:
Email ThisBlogThis!Share to TwitterShare to FacebookShare to Pinterest 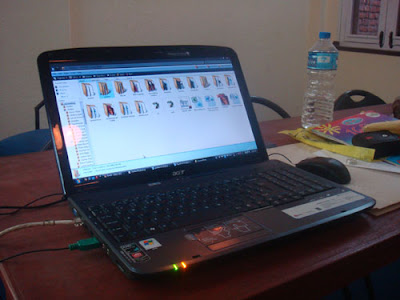 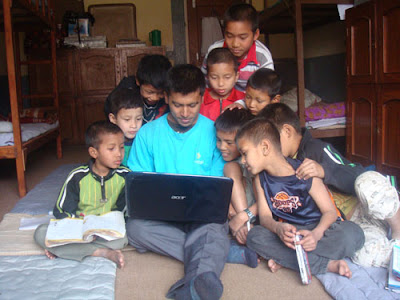 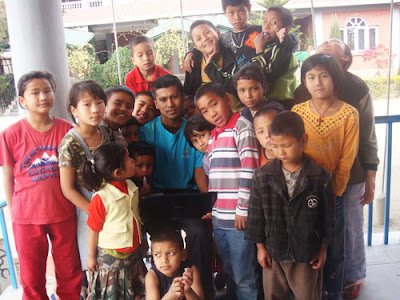 Posted by Mysmallhelp at 12:35 AM No comments:
Email ThisBlogThis!Share to TwitterShare to FacebookShare to Pinterest

Carl Fish did a sponsored sky dive and raised £345. The money raised has been used to buy sport equipment for 2 rural schools in the Lalitpur area south of Kathmandu and 3 schools in Kathmandu and a computer was provided to Marybert School. These schools did not have any sports equipment previously.
Posted by Mysmallhelp at 12:26 AM No comments:
Email ThisBlogThis!Share to TwitterShare to FacebookShare to Pinterest

Posted by Mysmallhelp at 12:26 AM No comments:
Email ThisBlogThis!Share to TwitterShare to FacebookShare to Pinterest

Eilidh Canney sent out an email to friends and work colleagues before volunteering in Kathmandu and raised £270. This money was used to buy all 44 students at Bhattedanta Village Primary School a school uniform (shirt, skirt/trousers and sweater) and also some games.
Posted by Mysmallhelp at 12:24 AM No comments:
Email ThisBlogThis!Share to TwitterShare to FacebookShare to Pinterest

In loving memory of Rahul

Rahul was brought to Mysmallhelp by Gopal Koirala in April 07. Rahul was a dirty street child like any other, smelling of urine wearing oversized clothes and covered in cuts and bruises. Beyond the smells and dirt his smile and cheeky eyes were crying out for love. Mysmallhelp changed Rahul in to clean clothes and presented him to Sabina at the Marybert orphanage. Sabina agreed to take Rahul in to the orphanage even though she wasn't used to dealing with street children. Rahul had begged for Gopal to take him off the streets and to find him a safe home. He had previously ran away from home as his father used to beat him.

Over the few months that Rahul spent at Marybert there was a dramatic change in him. He was cleaned up, given a school uniform, books and a haircut. He was a child that used to kick dogs and was not be able to sit in a class room but he became a model student, always smiling and helping others.... Rahul was introduced to another ex-street child (Rabin) and they became mischievous and ran away... The Mysmallhelp team found them both covered in blood in the street as they had both been beaten up by the other children and had their clothes and shoes stolen. Rahul and Rabin apologised to the Mysmallhelp team and asked to be taken back to the orphanage.

The children soon settled back down at the orphanage but one day a family member came to take Rahul away. Mysmallhelp was told that he had to leave because the family were moving out of Kathmandu. There was nothing that Mysmallhelp could do but sadly Rahul was taken away from his safe place, education and loving surrogate family and was found a few months later back on the streets.

Mysmallhelp recently received the news that Rahul has passed away as his little body could no longer cope with the street life. Rahul was a bright light shining at Marybert for a very short time. Mysmallhelp brought him some love, security. peace, happiness and "chocolates" for a few months of his short life. May he rest in peace and may his death be a blessing to the world in the hope that more people will love and take care of the millions of poor and abandoned children living on the earth at this moment. Please give your small help so that Mysmallhelp can continue our work to improve the lives of more Rahuls around the world.