My feelings during visit to Nepal. 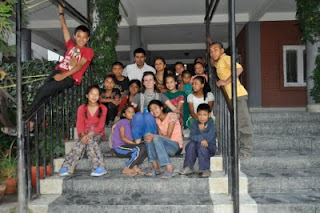 Namaste, namaste; it feels like my hello and goodbye to Nepal was just as quick as that! I have spent the last six months in the land of Never Ending Peace and Love and was privilieged enough to be visiting Mysmallhelp. It's with a heavy heart that I have to say my farewells to lots of beautiful children and wonderful people who have made my stay so enjoyable. Watching the children mature and grow in confidence is priceless, and seeing their faces when they receive letters from their sponsors, or unexpected parcels from Brownie groups in England is really special. 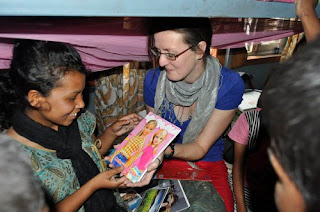 Most recently they've been given some new toys with funds raised through justgiving.com and they were trying to teach me some Nepali dancing (which was perhaps a highlight for me but less so for them!). More funds will be put towards buying them new shoes and clothes for those who are growing the fastest! A visit from two kind hearted trekkers, Jim Andrews and Matt Rai (London & Derby) led to a one off generous donation and a new sponsor; it also led to a rapid and enthusiastic football game that went so fast I have no idea who won! 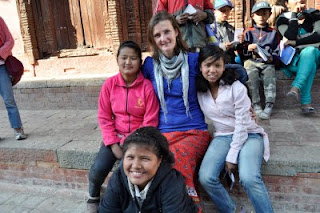 Just a week or so later was my final night visiting Marybert School and Orphanage where I found the children drawing me lots of beautiful farewell cards, and supplying me with a a multitude of hugs. We enjoyed singing, eating, and then a final powercut together (which I was quite thankful for as it hid my quivering bottom lip). Visiting the children at Marybert is a humbling and beautiful experience; at times it can feel like you're in the presence of angels whilst at other times it's clear to see there is mischief to be had! They're a beautiful bunch of puppies bumping into each other, falling over each other and ultimately always seeking warmth, love and nourishment. That's easy for us in the UK, a bit harder to pull off in Nepal. So, if you fancy doing your bit... log onto www.justgiving.com/childreninnepal or get in touch with Mysmallhelp and commit to being a sponsor, safe in the knowledge that your funds go to helping the children we know who need it most. With love. Jo x
Posted by Mysmallhelp at 12:30 AM No comments:
Email ThisBlogThis!Share to TwitterShare to FacebookShare to Pinterest
Newer Posts Older Posts Home
Subscribe to: Posts (Atom)