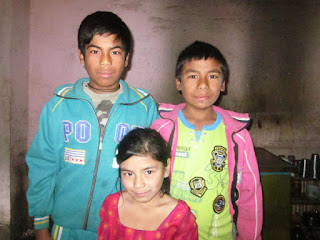 MSH Nepal from a well wisher and a friend received news about 3 children of a family who had no access to school due to lack of proper income in their family.MSH Nepal visited their rented one small room where they lived with their mother. We were moved to hear their mother’s life story. She tells us that her inability to send her children to school even when she want them to be educated and have a better future, sometimes makes cry and makes her feel like she is a bad mother who cannot provide for her children.

Lakpa Lama is 29 years old; she was married at a very young age and has 3 children. She is from a small village in makwanpur, a small district of Nepal. She was married to a man serving in the Nepal Army. After he retired from the army he became an alcoholic and wasted away all his property and savings on alcohol and on his extra marital affairs with different women. About a year ago he left her and his children for another woman, leaving them with nothing and to fend for themselves.  Without any money, no job and no skills for a job, she started to sell metal bracelets and bangles to tourists in Thamel a popular tourist spot of Nepal. Everyday with just a handful of bangles and bracelets she roams around on the streets of Thamel coaxing tourists to buy her merchandise. But the merchandise she sells is not so appealing to tourists and she cannot afford to buy much trendier ones due to lack of money. She hardly sells enough to make ends meet and some days she cannot find a single buyer. The income from the sales is hardly enough to pay the rent of her rented room and to provide for basic everyday necessities.

Ashok Lama, Lakpa’s eldest son is 14 years old. He has not been to school for more than three years. Ravi Lama, Lakpa’s second son is 12 years old and like his elder brother has not stepped foot inside a classroom for more than three years. Khusbhu Lama, she is the youngest of Lakpa’s three children. She is 7 years old and is very sweet and charming. Like her brothers she also has not been to school.

MSH Nepal took the responsibility for their education and basic needs. We put up notices in our website for interested individuals to sponsor these children and soon we found a kind hearted and generous person who agreed to sponsor not only one but all three of them. We were very happy to inform them that soon they too will be going to school like their friends. Lakpa was in tears to know that her children will be going to school. We got them admitted to a school as soon as possible as the academic session was about to start. We then got their uniforms ready and bought their books and necessary items for them. Ashok, Ravi and khusbhu looked very happy in their new uniform and were excited to attend school again, with new hopes, new dreams and new determination.

Posted by Mysmallhelp at 8:18 PM No comments:
Email ThisBlogThis!Share to TwitterShare to FacebookShare to Pinterest 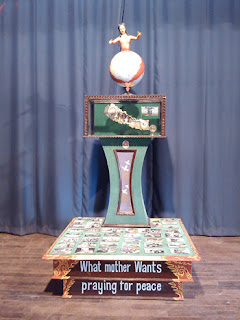 by: Summit Rana
“WORLD PEACE INITIATIVE” is an initiative taken by Mr. Arjun Maharjan whose deep desire in this life is to see a world full of peace and love. He initiated this program from his neighborhood and plans to take it to national and international level. His main target from this initiative is to make us aware of the violence around us and the world we live in. In his words “Everywhere I look, I see violence in one form or another and people just ignore it and have learned to live with it. Nobody has the courage to put peace and love first. I simply want everyone to be able to see that violence has surrounded our lives and peace is long gone.” 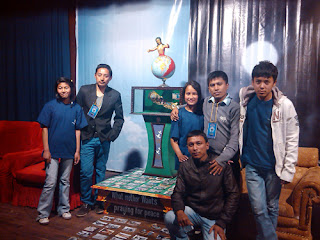 MSH Nepal has given its full support to this peaceful initiative and plans to do so in future also. In the first edition of the “WORLD PEACE INITIATIVE” program held in Lalitpur, MSH Nepal children took part where they helped in installing the peace statue and also learned the value of peace, its importance and the urgent need for peace. MSH Nepal believes that peace along with it will bring great opportunities and a better tomorrow for future generations. 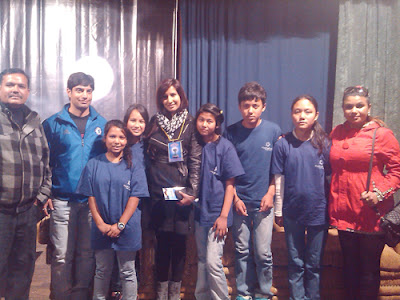 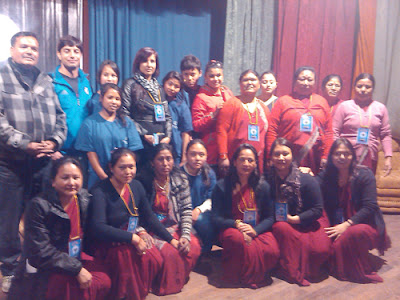 Posted by Mysmallhelp at 1:18 AM No comments:
Email ThisBlogThis!Share to TwitterShare to FacebookShare to Pinterest

Manish Susling at a very tender age of 8 years lost his father and was living with his mother since. His mother was making ends meet by doing any odd jobs that she could get but it was still not enough for her to support her son and herself. Recently Manish mother was hit hard by a jeep and died instantly. He has nobody who will look after him. MSH found about Manish and decided to help him. One of the school that MSH works with agreed to provide education to him and the school is also bearing all the expenses for his needs of shelter and food but the schools is concerned that it won’t be able to keep the support coming for long. MSH Nepal is looking for sponsors to help Manish. Manish is a very quiet and intelligent child and we hope to provide him with all the necessary basic needs and requirements that a child deserves.

http://www.mysmallhelp.org/sponsor-child-nepal.php?id=43
Posted by Mysmallhelp at 12:05 AM No comments:
Email ThisBlogThis!Share to TwitterShare to FacebookShare to Pinterest 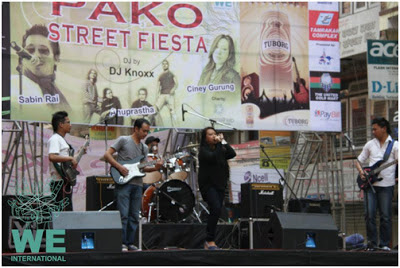 Pako youth club and WE International jointly organized a street festival in new road on the occasion of Nepali New Year. The event showcased performances by popular singers. MSH Nepal was a charity partner of the event. The turnout at the event was huge and was a complete success.
Posted by Mysmallhelp at 11:48 PM No comments:
Email ThisBlogThis!Share to TwitterShare to FacebookShare to Pinterest

A great academic year for children and for MSH Nepal 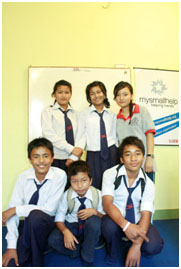 This academic year was very fruitful and successful for all the MSH Nepal sponsored children and for MSH Nepal. All the children successfully passed their final examinations and were promoted to higher classes. All students scored well and weak students whose performances were not satisfactory in the past have improved a lot this year. We are proud of all the children and take high pride in them.

Anil, Supriya, and Hanna who were studying at Marybert School had to be admitted to another school as marybert teaches only till 6th standards. The three of them were admitted to Namuna Machindra School at Lagankhel. They like the school as the teaching method is effective and they understand what the teachers teach with ease and also because the teachers there are friendly and strict as well.

Posted by Mysmallhelp at 4:09 AM No comments:
Email ThisBlogThis!Share to TwitterShare to FacebookShare to Pinterest

MySmallHelp Nepal Newsletter - January to April 2013
Posted by Mysmallhelp at 11:41 PM No comments:
Email ThisBlogThis!Share to TwitterShare to FacebookShare to Pinterest

Gaz Davies a British national came to Nepal to volunteer for MSH Nepal. He arrived on the 18th of March 2013. He visited Marybert School and orphanage and met with the children there, he also bought sandals for all the children and also sports equipment  Children at Marybert were amazed and surprised when Gaz prepared and served them a delicious meal. He was also a temporary teacher at Marybert, and invigilated their exams, the children after the exams said he was a very strict invigilator. To surprise the children at Marybert orphanage, Gaz prepared macaroni for them for lunch one day, the children loved his macaroni.
Gaz also helped in writing a report for the MSH Nepal Fish farming project. He visited the site in Chitwan where the farm will be constructed and did a detailed survey of the area. He also did a detailed research about fish farming and helped in preparing the report for MSH Nepal.

And just for the information, Gaz Davies is the son of Jinny Davies who visited MSH Nepal in December 2009 and made a donation of £250 for two different schools. In addition he is a friend of John Sparshatt, who is a regular visitor and volunteer of MSH Nepal. 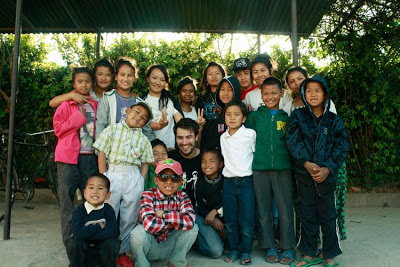 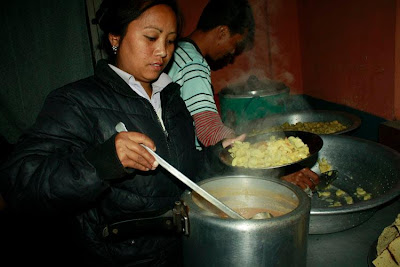 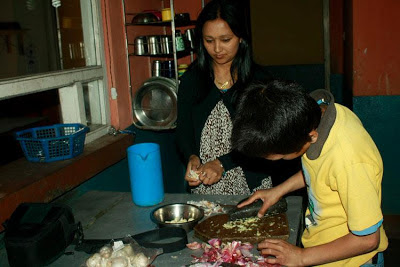 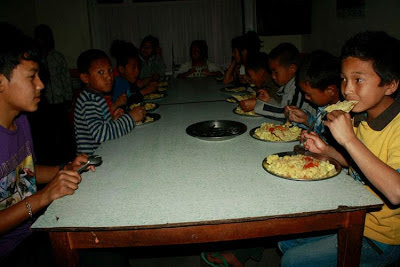 Posted by Mysmallhelp at 10:04 PM No comments:
Email ThisBlogThis!Share to TwitterShare to FacebookShare to Pinterest

Advocates for International Development (A4ID) is a global charity providing legal support to organizations worldwide fighting to eradicate poverty. A4ID believes that law should be effectively used to eradicate poverty, and provides legal support to organizations whose impact on the fight against poverty is reduced due to lack of proper legal expertise. A4ID has joined hands with MSH Nepal as a charity partner which is a great achievement for MSH Nepal and a great advantage too. With support from organizations like A4ID and other well known organizations MSH Nepal has found a new strength and our determination to fight for children’s rights grows tenfold.
Posted by Mysmallhelp at 1:32 AM No comments:
Email ThisBlogThis!Share to TwitterShare to FacebookShare to Pinterest
Newer Posts Older Posts Home
Subscribe to: Posts (Atom)