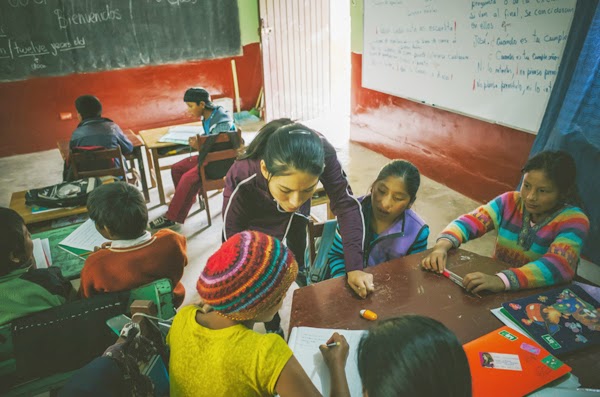 Posted by Mysmallhelp at 9:57 PM No comments:
Email ThisBlogThis!Share to TwitterShare to FacebookShare to Pinterest

The MSH sewing project started because we thought it will be great if the mom's of the bus kids, whom are usually helping in their fields or at home, can also help provide for the family another income which is always welcome.

In our organization, we help not only the kids, but we like to provide a whole environment for them to have a better life, trying to help their families as well.

The sewing project seemed a good idea, mostly in these lands, women usually know the ancient art of embroidering and doing magnificent stuff with what the land provides. But as there's always a “but” they need motivation, help with new designs and of course also sewing machines, which they couldn’t previously afford.

So we decided to make it happen. The whole idea of this project was to teach them how to make things which are easy to sell, don’t cost that much to make,  and also are pretty and different from the stuff they sell around Cusco (such as bags, cushions etc).

We decided to hire a fashion designer to help them, meaning me (laughing) and I started to buy everything we needed in Lima before travelling to Ollantaytambo. 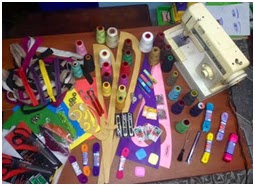 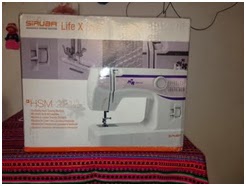 So we bought 1 sewing machine, also i brought mine, rulers, paper, fabrics and tons of stuff to start the classes but now the question was how to pick them? Because we only had space to start with just 5 or 6 mums tops.

We  went  to speak to all of the mums of the children that go on our school bus mums to tell them about the project, and we knew that the ones that were really interested will stay. There was plenty of interest but the ones that have shown the most commitment are the ones that I call students now.  They are: Ana, Rosa, Goya and Rina. 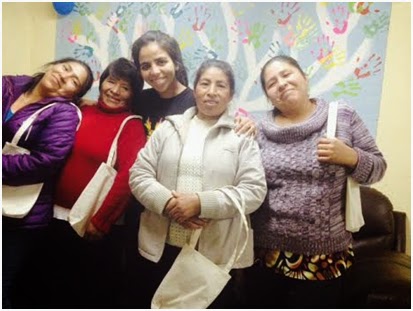 They are so cool and willing to learn so much to help their families.

As we offer the classes free of charge we had to put certain rules to maintain order.
- A small percentage of the profit will be for MySmallHelp as a way of giving back and helping us to continue to cover the project costs. It is important to teach them that everything is not handed for free, that one has to work to earn and that one should give back when u are handed something.  “Teach how to fish, don’t give the fish for free”.

- Class attendance sheet, if they are not coming they must call before, otherwise it’s considered as skipping class.  It 's funny  because it's like going back to school, they even ask me for recess sometimes and usually call me “Profe” (which means teacher in Spanish slang). I  am so much younger than  them but they are so polite!!

The classes
Four cute ladies and I started a cool journey together. It was an amazing adventure, some of them are illiterate so we had to go slowly.

The first class was drawing and painting a handbag and mannequin, just to know how they can do it. Learn about their abilities and we had lots of fun! They needed to work on the drawing, so I gave them homework. The second class was how to make patterns we made a really easy one, but it took us almost two classes to finish it. Again they need more polishing. 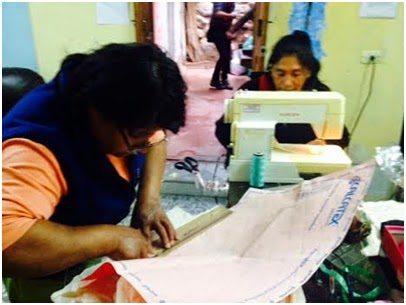 The third class, half of it was finishing the patterns and the other half we started cutting the handbag on fabric. We used simple fabrics at first so we didn’t waste expensive materials. They were really committed and did really good. 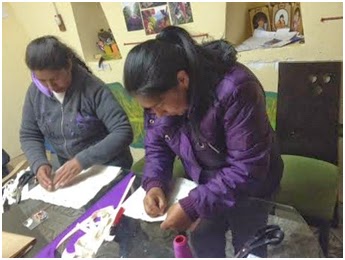 The fourth class was also about cutting and drawing the design in the fabric to start sewing. The mums were really excited! Soon they will use the machines. 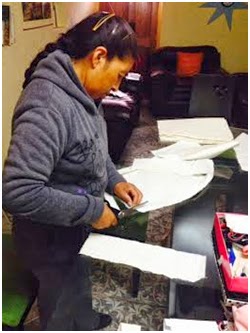 The fifth class was about learning how to use the machines and also they had to sew some patterns I made for them and follow the lines, so they can sew the handbag properly.  Funny story, one of the mums said: “I think I am doing the ruins instead of the lines you made teacher” jajaja we all  aughed , these kind of thing make classes much cooler! 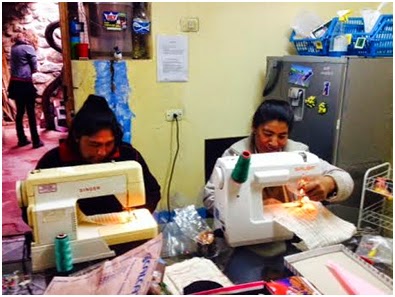 The sixth class was at last sewing the handbag, they were really awesome doing them. They still need more practice but we are taking baby steps. It took us two classes to finish sewing them. 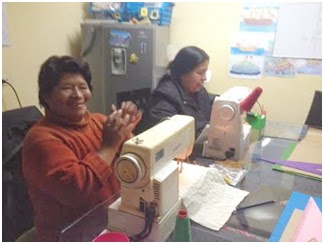 The seventh class was the beginning of embroidering the flowers to make the handbags prettier. That also took us 2 classes embroidering with beads, which is really time consuming even for me. We had such a blast doing that! I let them pick the colours they wanted to see their taste.  They have a good one I may say although the need some more work but they are on the right path! 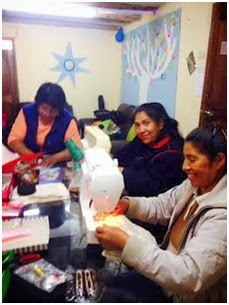 The eighth class was also embroidering and so we finished their first handbags. They were really pretty! The ninth class was starting to make cushion covers. We made the pattern and some of them started cutting them. Now, they had more practice and things were easier and faster to make. The tenth class, and sadly the last one of the first round, was finishing cutting the cushion patterns and sewing them.

We have much more to do so classes will restart soon.
The goal
Have the mums make cool handbags, cushion covers and more things  that I will help them to design and MSH will sell to tourists in the Cusco area with the aim of eventually exporting them  outside of Peru.

This story doesn’t end here, it will continue with the support of our donors and the good will of the people we help. 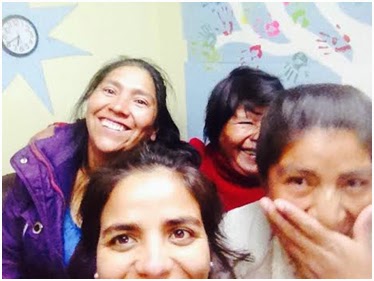 See you on the next period of the MSH SEWING PROJECT

Posted by Mysmallhelp at 8:50 AM No comments:
Email ThisBlogThis!Share to TwitterShare to FacebookShare to Pinterest
Newer Posts Older Posts Home
Subscribe to: Posts (Atom)