Packing Cloths for Cold Hit People in Terai, Nepal
Posted by Mysmallhelp at 4:13 AM No comments:
Email ThisBlogThis!Share to TwitterShare to FacebookShare to Pinterest 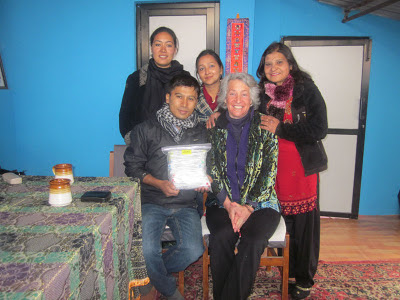 MySmallHelp, Nepal had an official visit with Hasilo Nepal on 3rd JAN 2012 for the possible collaboration. Hasilo Nepal is an organization that organize dental health camps. MSH is thankful to Karen and Aparna didi for providing 100 pcs of toothbrush to our charity.

Posted by Mysmallhelp at 9:50 PM No comments:
Email ThisBlogThis!Share to TwitterShare to FacebookShare to Pinterest 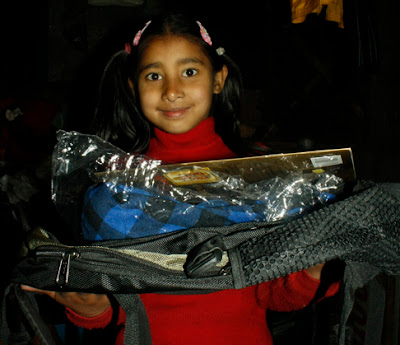 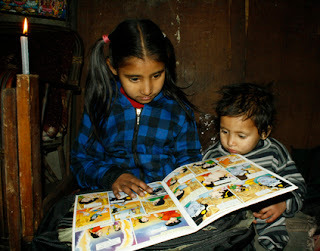 Nova is 8 years old. She is a very cute and innocent girl. She has been promoted tograde one this year in Shanti Nikunja School. Currently she is studying veryb hard as her Second Terminal exam is going on. She was successful to secure second position during her last First Terminal Exam.  As she grows up she is improving in her studies. 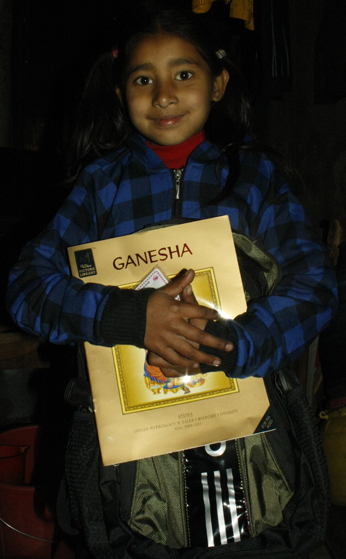 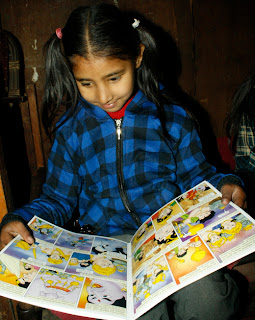 During her spare time she loves playing with dolls and watching cartoons. Her favorite subject is Nepali. She aims to be a Nepali teacher in the future. She is also very thankful to sponsor Kirstie and happy to get the winter clothes provided by MSH, Nepal. Her mother seems very happy and thankful to MySmall Help, Nepal.  She is very happy and thankful to get the Christmas gift. We provided her school bag,hair clip, winter jacket,soap, story book and hanky as well as winter clothes to her twin sister too. Nova loves the story book very much and promised us to recite the story in our next visit. 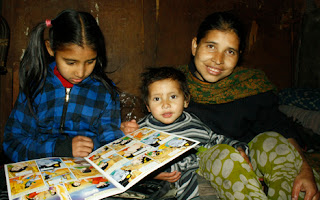 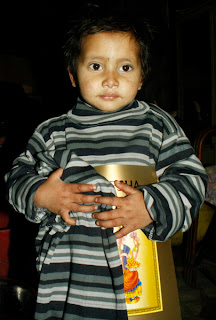 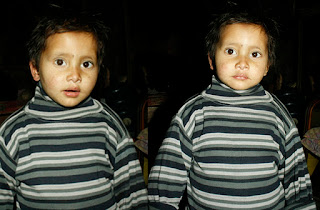 Posted by Mysmallhelp at 2:50 AM No comments:
Email ThisBlogThis!Share to TwitterShare to FacebookShare to Pinterest 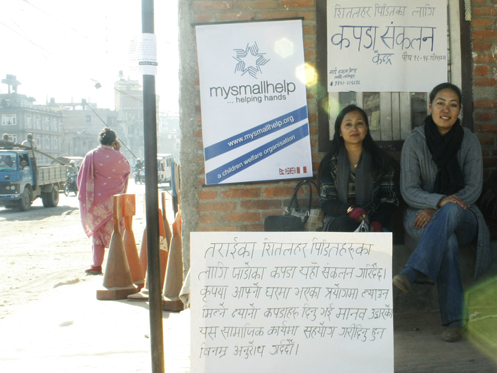 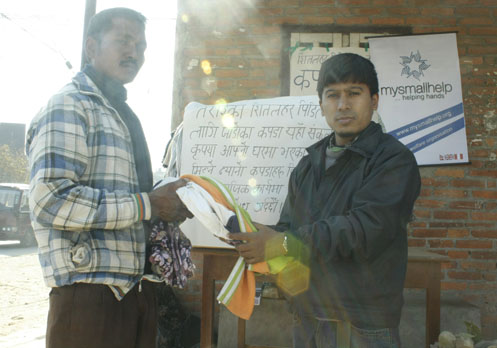 This winter proved to be harmful in some part of the Terai Region of Nepal like Sundhuli, Chitwan, Lumbini, Rautahat, Sarlahi and Saptari etc. Cold wave already caused the death of more than 50 people due to lack of proper clothing and housing in remote part of the Terai region. This news really touched the heart of the people in the city. So MySmallHelp Nepal in co-operation with Gwarko Development Committee, organized 6 days campaign from 27th December 2011 to 1st January 2012. 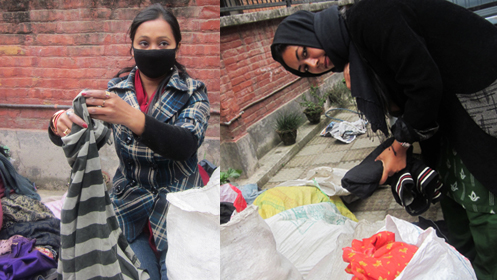 The clothes were collected through door to door collection as well as a small booth in the Gwarko chowk where people can drop their clothes to support. This campaign had successfully collected nearly two Lorries of winter clothes from local citizens. 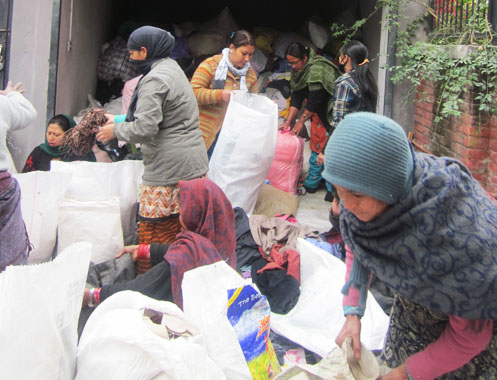 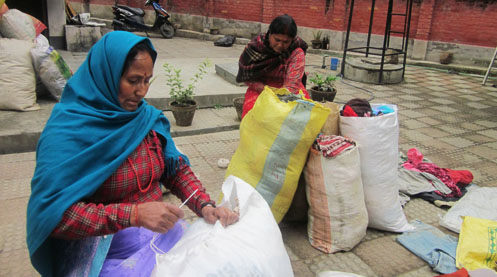 MSH Team as well as one of the mother groups of Gwarko really worked hard to filter out the clothes as per the gender and size so that they can be distributed easily to the respective group in the affected area. MSH Team really wants to thank Mr. Prabin Man Shrestha one of the members of MySmallHelp, Mother Group as well as members of Gwarko Development Committee to run the campaign successfully. The collected clothes were distributed last week by the members of the Gwarko Development Committee. MySmallHelp hopes that this small effort may help the people living in Terai to some extent to prevent themselves from this natural disaster. It is estimated that the collected clothes will benefit more than 500 families in the affected area. 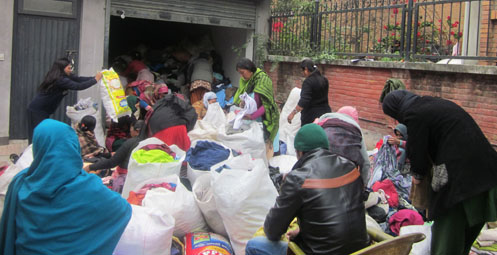 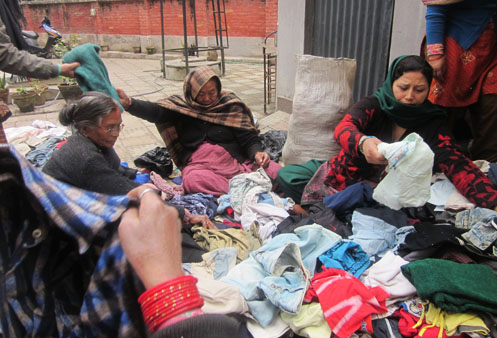 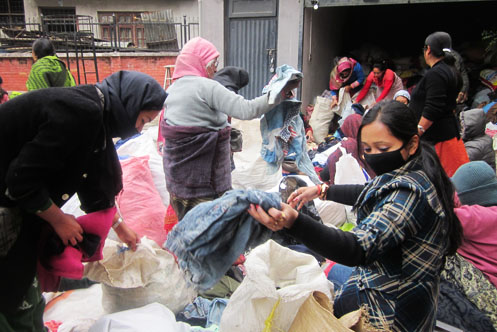 Posted by Mysmallhelp at 2:26 AM No comments:
Email ThisBlogThis!Share to TwitterShare to FacebookShare to Pinterest

WE International organized a musical concert on 1st JAN 2012 to honor our dear member Mr. Amir K.C. who died in accident on 20th DEC 2011. The concert was named as Fusion Rocks and the main motto of this event was to entertain people by fusing the Nepali folk music with the western music. Nepal's most popular and talented bands like Trikaal, Anuprastha, Rock Sitar and Murchana were the performer of the evening. They really entertained the mass at Basantapur Durbar Square. The event begins at 5 p.m. to 8 p.m. 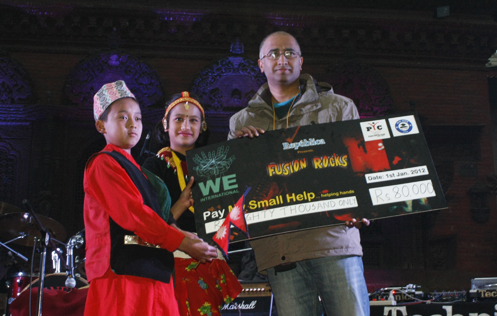 WE International was very kind and supportive to MSH Nepal by donating the amount of Rs. 80000 to the charity MSH Nepal. MySmallHelp is heartily thankful and grateful to WE International Team, Mr. Samir K.C and Mr. Prabin Man Shrestha for their kind support. There were many volunteers, security guards controlling the huge mass. Everybody had a special New Year evening and the crowd was hooting to perform Anuprastha once more. The Basantapur Durbar Square was charged with amazing focus lights and changing its view as heaven with the arrangement of musical lights, flying lantern and the instruments. MSH Nepal prayed for the peace of heavenly soul of Mr. Amir K.C. and promised to do a project dedication him in the near future. 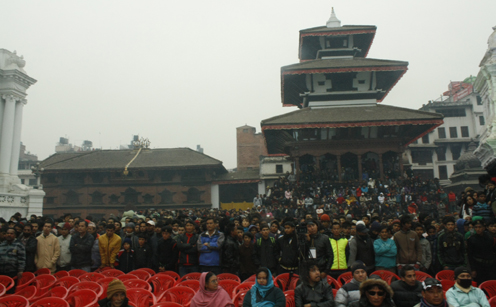 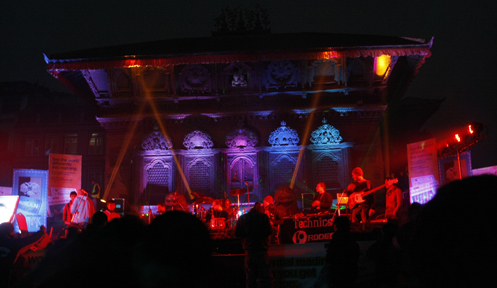 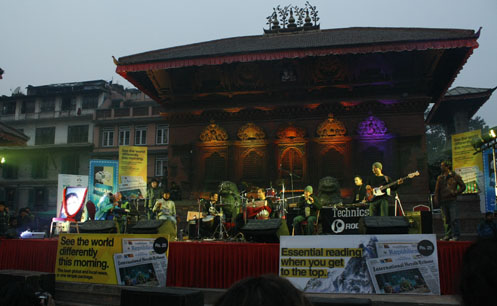 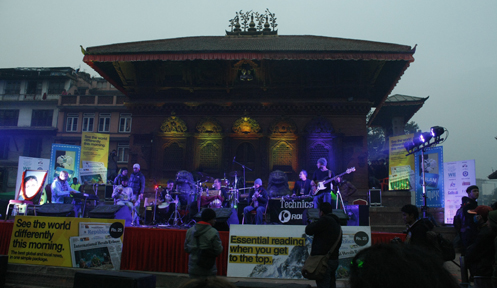 Posted by Mysmallhelp at 1:51 AM No comments:
Email ThisBlogThis!Share to TwitterShare to FacebookShare to Pinterest

Third Bike Stunt Show And  Musical Concert For Charity was organized by 19 souls in association with Pako Youth Club on 3rd DEC 2011 at Satdobato swimming pool from 2p.m. to 5 p.m. The main motto of the event was to show the bike stunt to the young generation and to make aware of the safety techniques about the stunt. Also one of the popular bands of Nepal named as Albatross had  entertained the crowd. The main guest of the show was Mr. Trilochan and Mr. Mandeep Singh (winners of the 3rd MTV Stuntmania) from India. They showed the amazing stunts and entertained the crowd. Nepali bike stunners also showed their talent and proved that Nepalese can also be the part of the bike stunt mania. 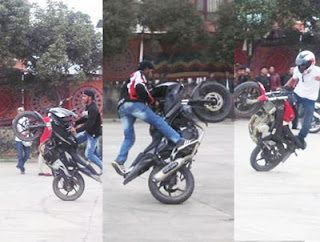 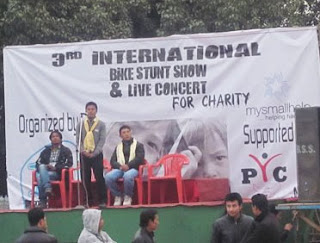 Mr. Raju the president of MySmallHelp Nepal had represented the charity by giving short speech about the charity and had welcomed all the visitors and thanked the organizer for arranging such a special event for charity.  The swimming pool premise was full of youngsters with positive attitude towards the event. They really enjoyed the show and hope to see next event soon in the near future. Posted by Mysmallhelp at 1:23 AM No comments:
Email ThisBlogThis!Share to TwitterShare to FacebookShare to Pinterest
Newer Posts Older Posts Home
Subscribe to: Posts (Atom)