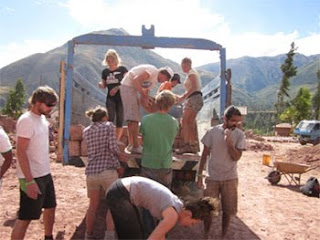 Ten volunteers from the Loki Hostel in Cusco came to help load and unload 1400 adobe bricks which were transported from Paucarbamba to the new land in Ankapachar.Despite various problems (including telephone signals being down and flat tyres) all of the adobe bricks which had been made by the Paucarbamba community during the past week were moved safely to the new land. Members of the Paucarbamba community also gave their time and energy to make sure that the work was done on time. 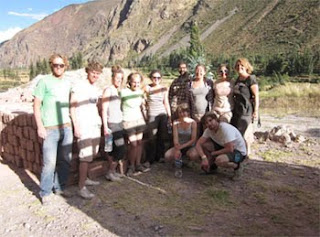 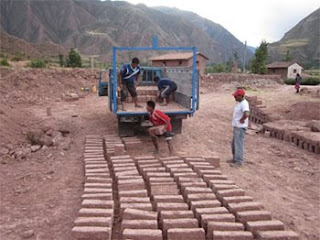 Posted by Mysmallhelp at 12:07 AM No comments:
Email ThisBlogThis!Share to TwitterShare to FacebookShare to Pinterest

New contract for the “Cuylandia” project 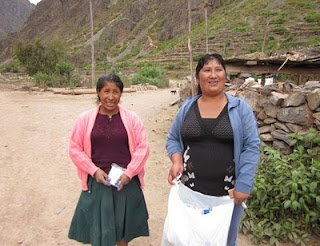 We are pleased to announce that the Paucarbamba arriba community of 25 familes have all confirmed that they want to join the new contract with the Casa Hogar del Sol for the “Cuylandia” project. In addition, a further 20 families from the nearby Huayronkoyoccpampa community have also confirmed that they would like to be involved if we can confirm that funding is available to continue the project.

Below you can see photos of some members of the Huayronkoyoccpampa community receiving gifts of emergency survival blankets and torches from the Casa Hogar del Sol.

A contract is being drawn up for Carlos Gibaja the president to sign on June 10th on his return from Brazil. 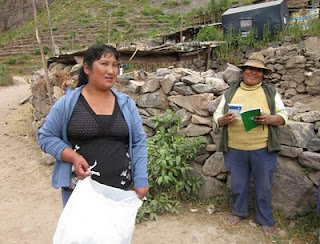 Each member of the new contract will be responsible for providing 260 adobe bricks to help with the construction of the Cuylandia training centre to ensure that this project can move forward to help rebuild the lives of as many flood victims as possible. 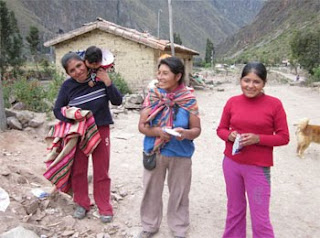 Posted by Mysmallhelp at 10:56 PM No comments:
Email ThisBlogThis!Share to TwitterShare to FacebookShare to Pinterest 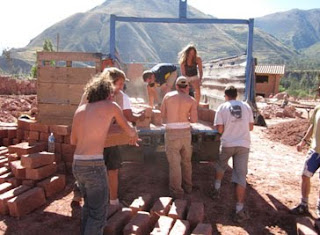 Over the past week the problems of jealousy between the upper and lower communities of Paucarbamba have escalated. It has been decided between the Paucarbamba community and the Casa Hogar del Sol that the Cuylandia project most be moved to neutral ground.

As you can see from the photo of the Paucarbamba upper community below. They still really want to receive our help and are extremely disappointed that Cuylandia will not be built on the community land. They have therefore offered to provide the remaining 7000 adobe bricks at no cost to the Casa Hogar del Sol. This will enable us to recuperate the money lost in levelling the community land which is now not going to be used. 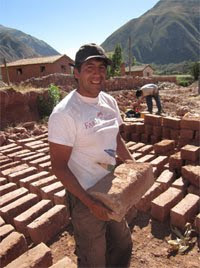 Volunteers from Loki hostel and other friends of Leander came to help move 2000 adobe bricks to the new land, which is situated just outside Pachar (between Paucarbamba and Ollantaytambo). 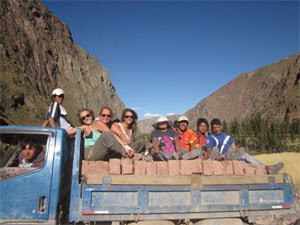 A new contract will be drawn up in the near future to include all family members from the Paucarbamba upper community that still want to be part of the Cuylandia project. In addition, the Casa Hogar del Sol will be inviting members of other local communities that have been affected by the floods to join the project, with a maximum number of members being set at 35 at this initial stage. 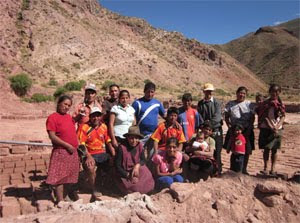 Posted by Mysmallhelp at 1:37 AM No comments:
Email ThisBlogThis!Share to TwitterShare to FacebookShare to Pinterest 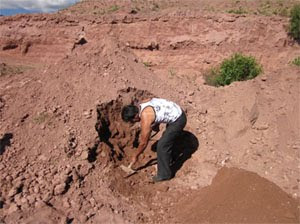 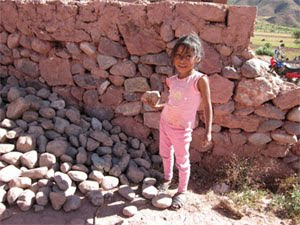 Loki Hostel and The Real Mccoy pub brought 15 volunteers from Cusco to help start the building of “Cuylandia”. The volunteers were split into 3 groups. One was responsible for working with a pick to knock out rocks, another responsible for collecting and removing stones in different sizes and another for creating mountains of earth to be used for bulding adobe bricks. 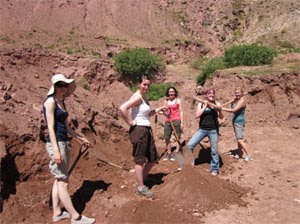 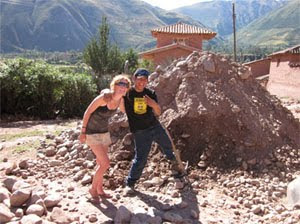 The Paucarbamba community members are also working in shifts to help build “cuylandia”. They have started to feed water on to the land to prepare the material which is needed for building the adobe bricks.
The Asociacian Casa Hogar del Sol wants to say a big thank you to all the volunteers for their time and strength and hopes to see them again soon!
Posted by Mysmallhelp at 11:31 PM No comments:
Email ThisBlogThis!Share to TwitterShare to FacebookShare to Pinterest

The caterpillars have finally arrived in Paucarbamba 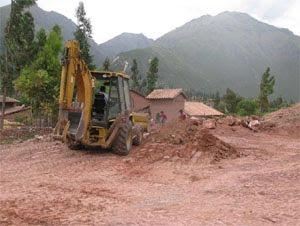 Carlos, Christian and Ismael spent 2 full days working on levelling the land in preparation for the building of "Cuylandia". The community of Paucarbamba have donated a 1000m squared piece to our Peruvian partner charity "Associacion Cassa Hogar del Sol". 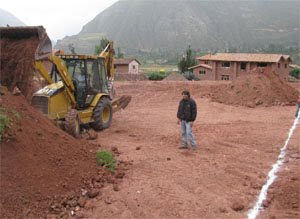 The levelling will be continuing this week and then the building of the adobe bricks for the protective wall will begin. 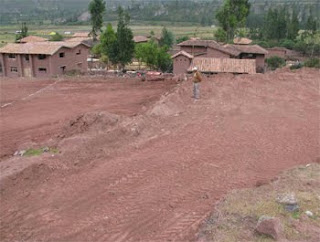 Posted by Mysmallhelp at 12:59 AM No comments:
Email ThisBlogThis!Share to TwitterShare to FacebookShare to Pinterest
Newer Posts Older Posts Home
Subscribe to: Posts (Atom)