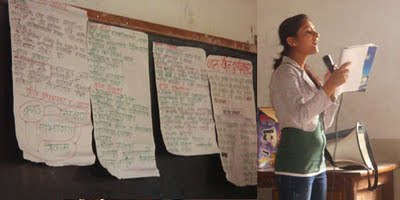 MySmallHelp Nepal organised an orientation class on Child Sexual Abuse (CSA) in Dhulikhel at Sanjivani English School on 5thAugsut 2011. The session was attended by students from grade 8, 9 and 10, with nearly 80 students present on the day.

The primary focus of the course was to highlight the issues surrounding the sexual abuse of children, an area of heightened vulnerability due to a weak legal system and considerable lack of education within this area, coupled also with the stigma surrounding the open discussions of such issues. A research study report entitled ‘No More Suffering - Child Sexual Abuse in Nepal - Children’s Perspectives’ published in April 2006, by the UN Children’s Fund (UNICEF) and Child Workers in Nepal (CWIN), found that nearly 18 percent of the 4,000 students interviewed (roughly 720 students) had experienced severe sexual abuse, including molestation and rape.

The session only lasted an hour, however the key messages were delivered to the students and a constructive discussion was held at the end of the session.The program was conducted by an intern, Neeta Nepal, who succinctly presented the background and detailed information on child sexual abuse and the importance of being aware of such instances. Her delivery was very effective and her presentation put the students at ease, who by the end of the session were able to discuss openly the surrounding issues and also promised to raise awareness, as well as their concern regarding such issues in the future. Two of members of MySmall Help facilitated the sessions logistically and also helped to document the proceedings of the day. 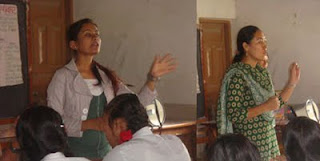 The Principal of Sanjivani School thanked the attendees as well as the organisers for their cooperation and expressed his gratitude for bringing awareness of such sensitive yet important issues in the Nepali cultural domain. We look forward to holding more sessions such as this in the future.
Posted by Mysmallhelp at 1:50 AM No comments:
Email ThisBlogThis!Share to TwitterShare to FacebookShare to Pinterest
Newer Posts Older Posts Home
Subscribe to: Posts (Atom)